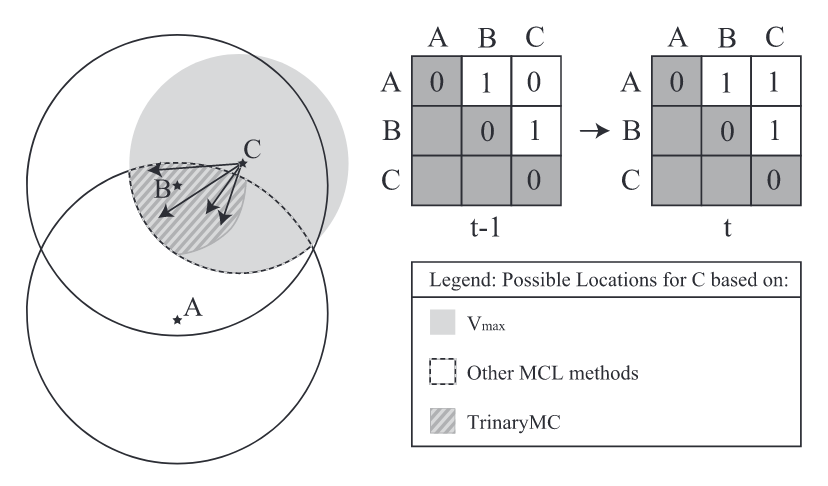 A device such as a smartphone, running our TrinaryMC algorithm uses knowledge of neighboring devices to predict their relative location within an area. Each device sends out beacon packets which allows neighboring devices to collect RSSI, the received signal strength indicator. RSSI is noisy and generally unpredictable, so instead of using the RSSI data raw, we instead create an adjacency matrix containing a novel PDI value (Perceived Direction Information) for each pair of neighboring devices.

I look forward to talking to you